Texas, in part because of its considerable industrial sector, is both the number one energy-producing state and number one energy-consuming state in the nation. In addition to its world-renowned production of oil and natural gas, Texas also leads the nation in wind-powered electricity generation, producing almost 30 percent of all U.S. wind power in 2020. The state ranks second nationally in solar power generation and is currently experiencing a boom period of rapid solar development.

Under development in Fort Worth, San Antonio

The Need for Storage

The restricted external connectivity of the Texas Interconnection electric grid is a strong indicator of the Texan desire for energy independence. However, fluctuations in generation caused by weather events can result in power shortages and blackouts when the grid has a limited ability to acquire supplemental power from neighboring regions. Long-duration energy storage solutions, like Quidnet’s modular GPS system, are a cost-effective way to power the grid when electricity generation dips below demand.

Likewise, while Texas is undergoing substantial development in both solar and wind electricity generation, these variable energy resources can only generate power when the wind blows and the sun shines. As a result, energy storage is required to make their power available upon demand. Long-duration energy storage is key to sustaining Texas’ electric system reliability and independence.

Quidnet is using established fossil fuel technologies in a new way to make long-duration energy storage a reality in Texas and other parts of the nation. We are developing and deploying energy storage using the science of geomechanics and time-tested pumped-storage hydropower technology. Our system is modular, scalable, and terrain-independent. Compared to gas peaking plants and alternative storage systems, Quidnet’s GPS solution offers significant structural cost advantages and a lower per-megawatt installed cost. We’re reliable and ready, with equipment provided and serviced by mature suppliers from well-established industries. 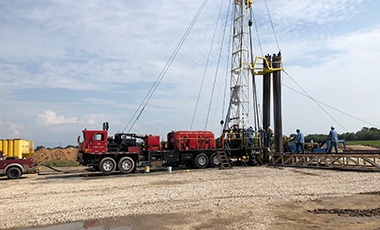 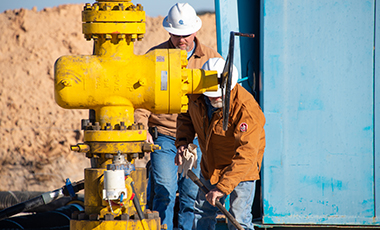 Geologic age: Up to 300 million years 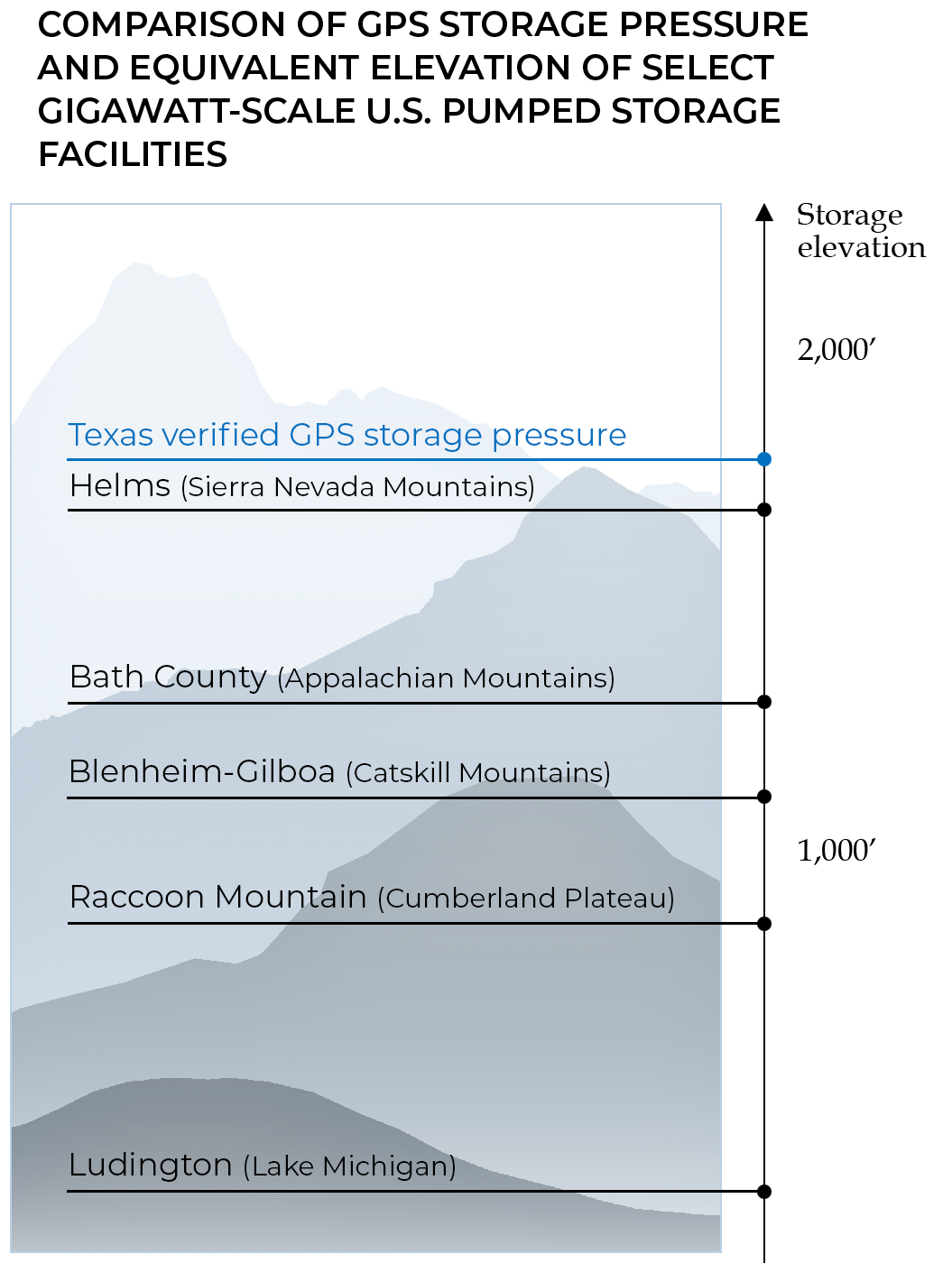 Quidnet uses the pressure found deep within the rock of Texas as a natural resource that enables our innovative GPS technology. The level of this pressure is determined by the regional sedimentary conditions developed over millions of years of geological activity.

As the oil and gas capital of the world and home to a deep and storied history of wildcatting, the rock in Texas is perhaps the most studied on the Earth. This valuable existing research provides Quidnet with an abundance of data that helps our geologists identify target locations for the deployment of Quidnet’s GPS energy storage solution. The rock in each site location must have suitable subsurface conditions and contain no unwanted hydrocarbon content. 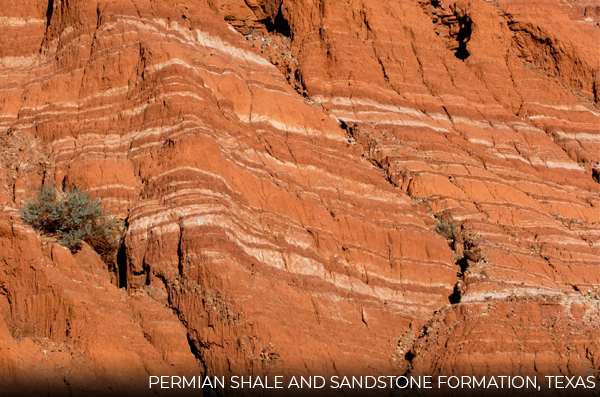 The shales of Texas were formed over hundreds of millions of years, collecting in a multitude of basins throughout the state. The Permian Basin dates to the Paleozoic era, when the continents of the world were conjoined as part of the supercontinent Pangaea. Other basins date to the middle-Cretaceous period when a shallow seaway spanned from the Arctic north of Canada to the Gulf of Mexico, flooding much of modern-day Texas. Much like a river delta collects silt, sediment accumulated as clay on the basin floor of this inland sea until, over millions of years, the buried clay hardened to become the sedimentary rock known as shale.

Shale is the most common seal for hydrocarbons (natural gas and petroleum), in part because of the ability of this rock to trap vast pockets of mineral wealth. This same characteristic – known as “impermeability” – makes it ideal for storing pressurized water without leaking. The shale deposits of Texas, in some places up to 5.5 miles (8.8 km) thick, can be found underlying tens of thousands of square miles of the Lone Star state.

Through testing, Quidnet has verified that the storage pressure of the rock in Texas is substantial. To build a traditional pumped storage facility with equivalent water pressure through gravity alone, the water would need to be pumped into a reservoir over 1,700 feet up a cliff. Quidnet's GPS provides the energy generation capacity of pumped storage on a smaller footprint and independent of terrain.

As more electricity comes from renewable sources, the need for storage will only become more crucial. The first portion of that is load balancing. The biggest issue with all major renewables — hydro, wind and solar — is that you don’t get to control when the power is produced, preferably at the times people want it.

The U.S. Department of Energy (DOE) is among the public and private investors in Quidnet Energy’s innovative energy storage system. Quidnet partnered with DOE’s Water Power Technology Office through its HydroWIRES Initiative to develop an innovative reversible injector-generator that will enable deployment of modular hydropower conversion in high-pressure pumped hydro applications such as Quidnet’s Geomechanical Pumped Storage (GPS) technology.

Quidnet is also working with Advanced Research Projects Agency–Energy (ARPA-E) through their Duration Addition to electricitY Storage (DAYS) program to develop the GPS resource in key power markets across the US by planning and executing exploratory wells to characterize, evaluate, and validate the geologic resource, including inactive oil and gas well sites .

Join our list of prequalified subcontractors and discover how to bid on future projects.

If you're looking for a rewarding position working for an exciting new company, then Quidnet is the place for you.