A Vision to Make a Difference 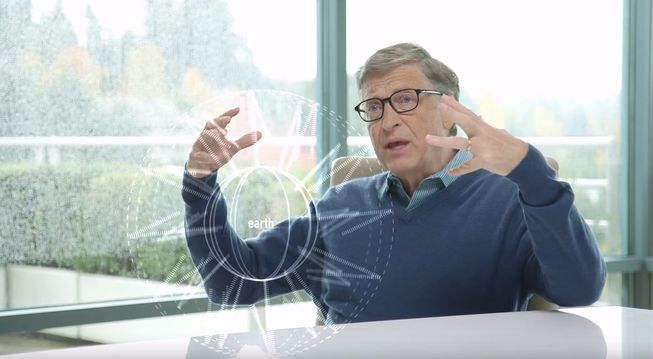 Quidnet Energy was launched in 2013 with the vision of building breakthrough energy technology to accelerate the energy transition.

Drawing its name from an ancient Nantucket whaling village and standing upon the shoulders of facile hydroelectric and industrial machinery supply chains, Quidnet Energy is about repurposing existing resources to quickly marshal implementable solutions to our most pressing energy and climate challenges.

Quidnet Energy is exciting imaginations in the clean energy business for its potential as a game-changer in supporting significant deployment of new renewable energy through its low carbon balancing capabilities. In the past three years, Quidnet received financial backing from the leading innovation organizations in North America, all with extremely rigorous technical review processes including:

Storage technologies strengthen and stabilize the U.S. grid by providing backup power, leveling loads, and offering a range of other energy management services.

US Department of Energy

As Quidnet Energy’s CTO, Dr. Schmidt oversees all aspects of the development and deployment of the Quidnet Geomechanical Pumped Storage technology. Read More

As Quidnet Energy’s Chief Technology Officer, Dr. Schmidt oversees all aspects of the development and deployment of the Quidnet Geomechanical Pumped Storage technology.

Dr. Schmidt Grew up in San Antonio, Texas and attended Rice University in Houston where he earned his B.S. in Electrical Engineering and Ph.D. in Physical Chemistry. He went on to teach at Rice and direct the University’s Carbon Nano Technology Lab. As part of this program, Dr. Schmidt worked with private sector companies in chemical battery storage. That work honed his understanding of the steep challenge facing chemical batteries in storing the quantity of energy needed to balance large amounts of renewable power on the electric grid.

Dr. Schmidt’s experience in petroleum geology led him to theorize that energy could be stored efficiently between layers of shale and released when needed. He conducted initial due diligence to prove the concept and subsequently partnered with Quidnet co-founder Aaron Mandell to establish the company in 2015.

Joe leads the Quidnet team in its mission to revolutionize energy storage and facilitate the transition to a zero-carbon electric grid. Read More

Joe leads the Quidnet team in its mission to revolutionize energy storage and facilitate the transition to a zero-carbon electric grid. As a child, Joe traveled around the world with his parents who worked for large energy companies. The experience instilled in him a desire to do something significant in the field of energy. He earned his B.S. in Chemical Engineering from the University of Alberta, going on to work as an energy consultant across the globe prior to entering Harvard Business School to earn his M.B.A. Following a successful run with a battery storage company that he helped grow and sell, Joe was searching for breakthrough technologies in energy storage when he was introduced to Quidnet. After extensive due diligence on the technology and the company, Joe accepted the position of Chief Executive Officer.

Bringing his acute business sensibilities to the team, Joe further energized the company by leading the effort to secure growth funding from Breakthrough Energy Ventures, Evoke, the U.S. Advanced Research Projects Agency–Energy (ARPA-E) and the New York State Energy Research Development Authority (NYSERDA) in the three years since becoming CEO. His goal is to advance Quidnet’s technology to where it can effectively and efficiently provide energy storage to the electric grid on a widescale basis.

David is responsible for overseeing all Quidnet operations and advancing the company’s North American demonstration projects toward widescale commercialization.

David grew up in a mining town in France along the Belgium border where generations of his family, including his grandfather, had worked in the coal mines. With a strong desire to learn more about the world of energy, David attended the French School of Mines earning his undergraduate degree in Earth Sciences. He then earned a master’s degree in engineering from the French School of Hydrocarbons. As a young professional, David worked all over the world overseeing subsurface energy projects, managing large teams of engineers with annual budgets of $500 million.

Make Your Mark on the Energy Transformation

Want an opportunity to contribute to the global energy transformation? Join Quidnet Energy! We offer: